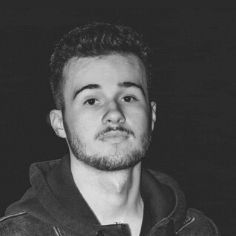 Scotland and more specifically Glasgow have more than shown their worth as great hubs for big-budget Hollywood blockbusters over the last few years.

In particular, now more than a decade ago in 2011, we had World War Z starring Brad Pitt being filmed in the city which I have memories of personally. Move forward to the present and there has been a flurry of huge movies shot across the last few years in and around Glasgow and the capital. Such as Indiana Jones 5 (2023), The Flash (2023), The Batman (2022) and Batgirl (2022), among others.

One such other, featured Edinburgh’s Waverley station and the surrounding areas in what was to become one of the highest grossing movies of all time, Marvel’s Avengers: Infinity War. Regarding the city’s role in filming for the movie, Rosie Ellison, manager at Film Edinburgh stated:

“The filmmakers were looking for something unique, gothic and dramatic and Edinburgh’s Old Town with its medieval architecture fitted the bill.”

The backdrop of a crucial sequence in the film, it shows us where Scarlet Witch and Vision have spent their time during their hiatus from the Avengers team. They have a conversation on a quiet Edinburgh street in front of a storefront with a reassuring sign proclaiming “We will deep fry your kebab”.

It’s maybe this sentiment of “gothic and dramatic” that has also drawn the filmmakers of some of the most anticipated upcoming, DC Comics inspired, superhero blockbusters to film in Glasgow across the past few years.

Presently Scotland has found itself in a very fertile period for blockbuster filmmaking with no less than 4 films having been shot here in the past 2 years, 3 of these films being DC Comics properties.

In 2020, shooting for the now released The Batman took place in Glasgow featuring it as Gotham City. This version is a complete reboot of the franchise, similar to Batman Begins in 2005, with Robert Pattinson playing the eponymous role and featuring a large cast of Batman’s allies as well as his rogues gallery.

Having seen the film it is certainly true that Glasgow is recognisable amongst all of the action and drama that the movie has to offer. Glasgow Cathedral was used for exterior shots of one of the movie’s most important action sequences, a funeral-turned-hostage situation, while the interior was rebuilt elsewhere for the sequence.

The cinematography of the movie stands high above the likes of other modern Hollywood action blockbusters and is truly awe inspiring, painting the city as such also. Particularly poignant are the closing scenes of the film, seeing Batman and Selina Kyle part ways, driving through Glasgow’s Necropolis on their motorbikes with the Royal Infirmary visible in the background.

Of shooting at such locations, the film’s director Matt Reeves stated: “One of the things that was really important, I wanted this to feel like a Gothic American city, but one that you’d never been to. And so the way to do that was to choose beautiful Gothic architecture and so we went to Glasgow and honestly it was so beautiful, I wish we could’ve filmed there more”.

Fun fact: Pattinson and director Matt Reeves have both stated that aspects of their version of the character have been inspired by Kurt Cobain and Nirvana, reclusive and secretive even in the spotlight; it isn’t difficult to see the parallels. This becomes even more apparent with the use of Nirvana’s ‘Something In the Way’ being so prominent in the movie’s marketing materials and soundtrack.

The long-in-development Indiana Jones 5 and The Flash were both filming for periods in Glasgow in 2021. The latter again featured Glasgow as Gotham City; however unrelated in context to the new Batman film, while the former had Glasgow’s St. Vincent street transformed into a 1960’s New York moon landing parade.

St Vincent Street, Glasgow dressed up as a 1960’s New York moon landing parade.
For many weeks in 2021 Ben Affleck’s stunt double for the character of Batman in The Flash could be spotted pelting up and down Glaswegian streets on his Batcycle. It’s confirmed that Michael Keaton is also featuring as his interpretation of the Caped Crusader from Tim Burton’s 1980’s movies. This is quite the event considering the last time Keaton appeared as Batman was in 1992 meaning that it’s been over 30 years since the last time he suited up as the character.

Right now and for the last few months another member of the Bat-Family has been spotted around Glasgow and Springburn with the shooting of HBO Max’s Batgirl. The film has already seen Glasgow Cross transformed into a snowy Christmas market for shooting as well as a pyrotechnics display taking place nearby on Argyle street, with the antagonist, The Mummy and George of the Jungle actor Brendan Fraser, at the centre.

The Mercat building and the old Glasgow Cross railway line dressed up as a graffitied wall and a Christmas market respectively.

J.K Simmons (voice of the yellow M&M since 1996) was also spotted around Glasgow in-and-out of character as Batgirl’s father and integral Batman character Commissioner James Gordon, he is reprising his role from 2017’s Justice League. It is also confirmed that Michael Keaton is appearing here, meaning that not only is he appearing in The Flash but in Batgirl as well, having filmed material in Glasgow last month.

“Scotland, thank you endlessly for welcoming us with open arms and gifting us the perfect city to create our Gotham. I didn’t want to miss a moment to say thank you as I’m sitting here reflecting on all we’ve gotten to experience thanks to you. I will never forget my time here.”

The Future of Film in Scotland

All of this blockbuster attention drawn to Scotland’s entertainment industry has led to plans going ahead for a large film and TV studio in Glasgow’s Kelvin Hall as a response to the demand for so much entertainment, with £11.9m dedicated to the space’s development, it is thought it will be ready by August this year.

“The aim is for the studio to become the Scottish hub for shows for the BBC, ITV, Sky, Channel 4 and Netflix.” – Pauline McLean, BBC Scotland arts correspondent.

The construction of the new studio, together with the wealth of film industry talent available in Scotland and the attention that these blockbusters have been affording, point towards even more great opportunities arising for the Scottish film industry in the coming years.

Especially upon the release of these upcoming films, once the world has seen more of what we have to offer, it’s sure it can only continue to grow.

​I’m on a mission…to reduce the number of times I use the word ‘just’ in my communications. While I’m at it, I think I’ll have a go at ‘Would you mind, and ‘Is that ok?’

Dividing your day into focused time ‘sprints’ and breaks sound trivial but it can do miracles. If done right. It is super easy, you just need to follow a few simple steps.

You manage to successfully present the newest business strategy, submit a tax return and record your newest podcast on a first take. But then you get stuck. Lunch…
Follow us on social media and be the first to know about the latest news in Collabor8te.

Do you want to know more about Collabor8te?

Visit our About us page.